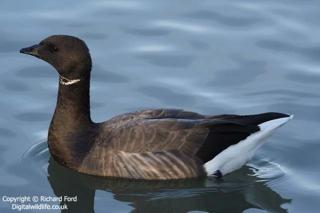 The natural and man-made environment of the Solent makes it one of the most important coastal zones in the UK.  The area is particularly important for the Brent Goose which is one of the identified priority species for the Portsmouth Harbour Special Protection Area and Ramsar site, the area supports around 10% to 13% of the world population and around 30% of the UK population. Brent Geese are a species of international importance protected under European legislation and are considered vulnerable due to the relatively small world population.

Brent Geese traditionally winter on coastal mud flats, they arrive in the UK from mid September onwards.  Today, man-managed habitats such as cereal fields and sports fields are of great importance as alternative feeding areas particularly during high tide as the birds' nutritional requirements cannot be met by natural food sources.

The Solent Waders and Brent Goose Strategy is necessary to resolve conflicts between Brent Geese and people.  The lack of open space in the area for new development puts pressure on those areas that Brent Geese use for feeding.  The aim of the strategy is to ensure that sufficient feeding resources continue to be available to ensure the survival of the Brent Goose population.  To achieve this, the strategy aims to reduce pressures by promoting an integrated approach to land use and management, together with a programme of raising awareness and understanding.  Also, the strategy identifies the most important sites for wintering Brent Geese and outlines a number of policies and proposals to minimise human impact on such sites.  The Strategy is used to help determine planning applications.